It is highly recommended that microbiological electrical analysis of on-site water samples be tested for the presence of microbiologically influenced corrosion (MIC) causing bacterium. MIC has been proven to affect the integrity of fire sprinkler systems, causing malfunctions and pipe leaks. MIC testing is especially recommended where several leaks have occurred in the fire sprinkler system and prior to any new construction. 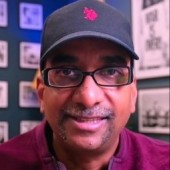